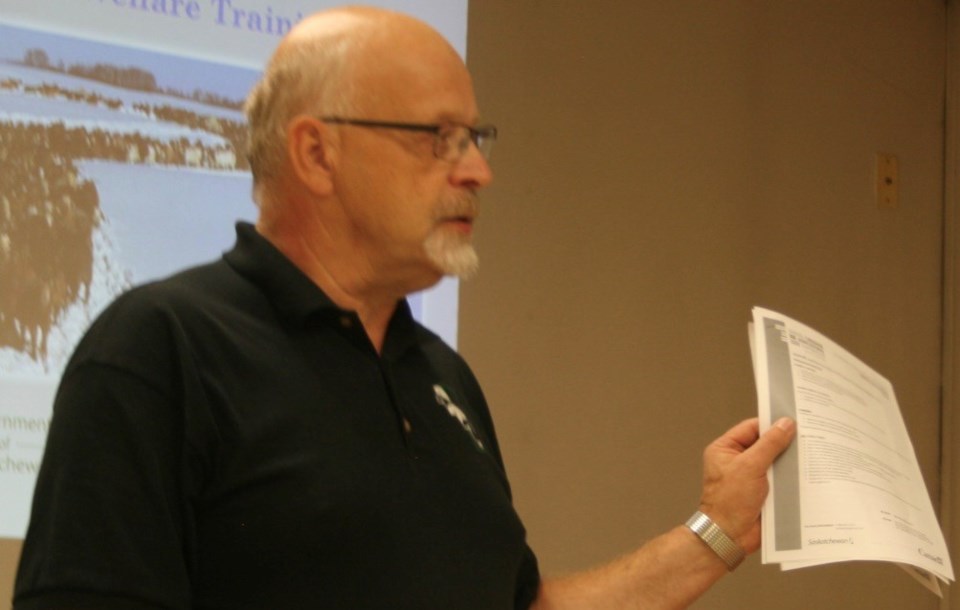 Goat biosecurity and animal welfare promoted by the federal-provincial Canadian Agriculture Partnership amounts to “doing what is common sense” says a long-time breeder.

The Canadian government has much at stake in exports from animal biosecurity and welfare, Gord Schroder told a quality assurance workshop at the annual Saskatchewan Goat Breeders Association show in Moose Jaw.

Shared funding under the Canadian Agriculture Partnership (CAP) program is available for biosecurity and animal welfare measures with farmers getting approval first and receiving rebates after the work is completed.

He urged goat farmers to develop a biosecurity plan using a veterinarian as a consultant.

“I have seen cases where operators left the business over stress from dealing with disease,” he said.

“Risk is always there. You can’t eliminate it. You can reduce risk.”

Outlining the top biosecurity risks, Schroder said a plan will reduce them as much as possible.

Number one disease risk is unknown disease when buying new or replacement stock.

Limit the number of sources for new stock and buy from buyers with good biosecurity reputations.

“Ask them a lot of questions about their flock.

“Auction markets are one of the highest risk places to buy stock. That doesn’t mean you stop buying from them.”

He said any new animal from auction markets or elsewhere should be quarantined for two weeks before joining the others.

Goats leaving the farm for shows pose another risk in contact with other animals.

Feed supplies should be secured from wildlife. He told of a sheep farmer whose flock had widespread abortions caused by salmonella. He discovered birds had entered an opening in a grain bin and deposited salmonella infested feces.

Plan to manage and separate diseased animals, he said.

Access of farm visitors requires management but there is a big difference in visitors between your farm neighbour and his boot manure and kids from a city school.

Family members and workers need to know how to recognize disease and discomfort in the herd.

Keep records of sickness and vaccination use.

“Goats and sheep are social animals.” When quarantining them be sure they can see and hear others to reduce stress.

“They say goats will eat anything. That doesn’t mean it’s food for them.”

Have a nutrition plan to ensure proper diet.